Tudor and Rolex have a long connection that goes back many decades. Despite this, not many people know the background of the connection and what it's all about. Most important is the natural question that arises which is Tudor VS Rolex - which is the best?

Tudor was created by the same man who created Rolex, in 1926. After the founding of Tudor, he said "For many years now I have been considering the idea of ​​making a watch that our agents can sell at a lower price, more modest than our Rolex Watch, and yet one that can meet the reliability standards for which Rolex is famous, I decided to form a special company, with the object of producing and marketing this new watch, called the Tudor Watch Company. ”

With that said, Tudor was created as a budget brand of Rolex but aimed to produce the same quality or similar.

Tudor VS Rolex: Differences and similarities

Tudor has been called by many, as the poor man’s Rolex. But if you read our article on this topic, you will find that it just is not true.

However, of course, since Tudor was established as a budget brand of Rolex, then you can expect a lower quality but at a lower price point. With that said, while Tudor, for obvious reasons, maintains a lower quality compared to the Rolex, it can still offer the same buzz for the dollar, seeing as watches cost much less. In that sense, it is not fair to compare the quality of the Tudor VS Rolex, because after all, they are not designed to compete with each other, either in terms of quality or price. 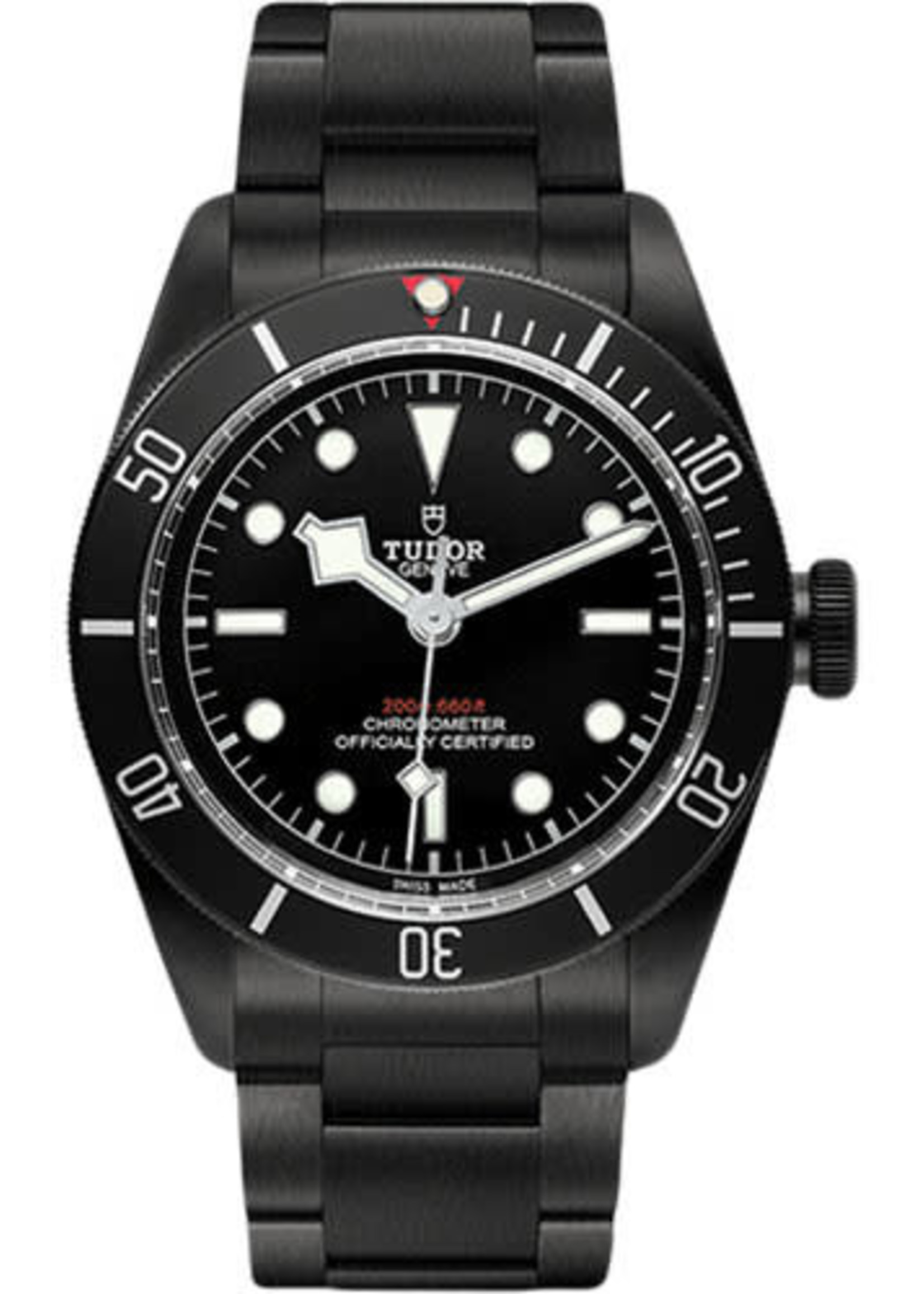 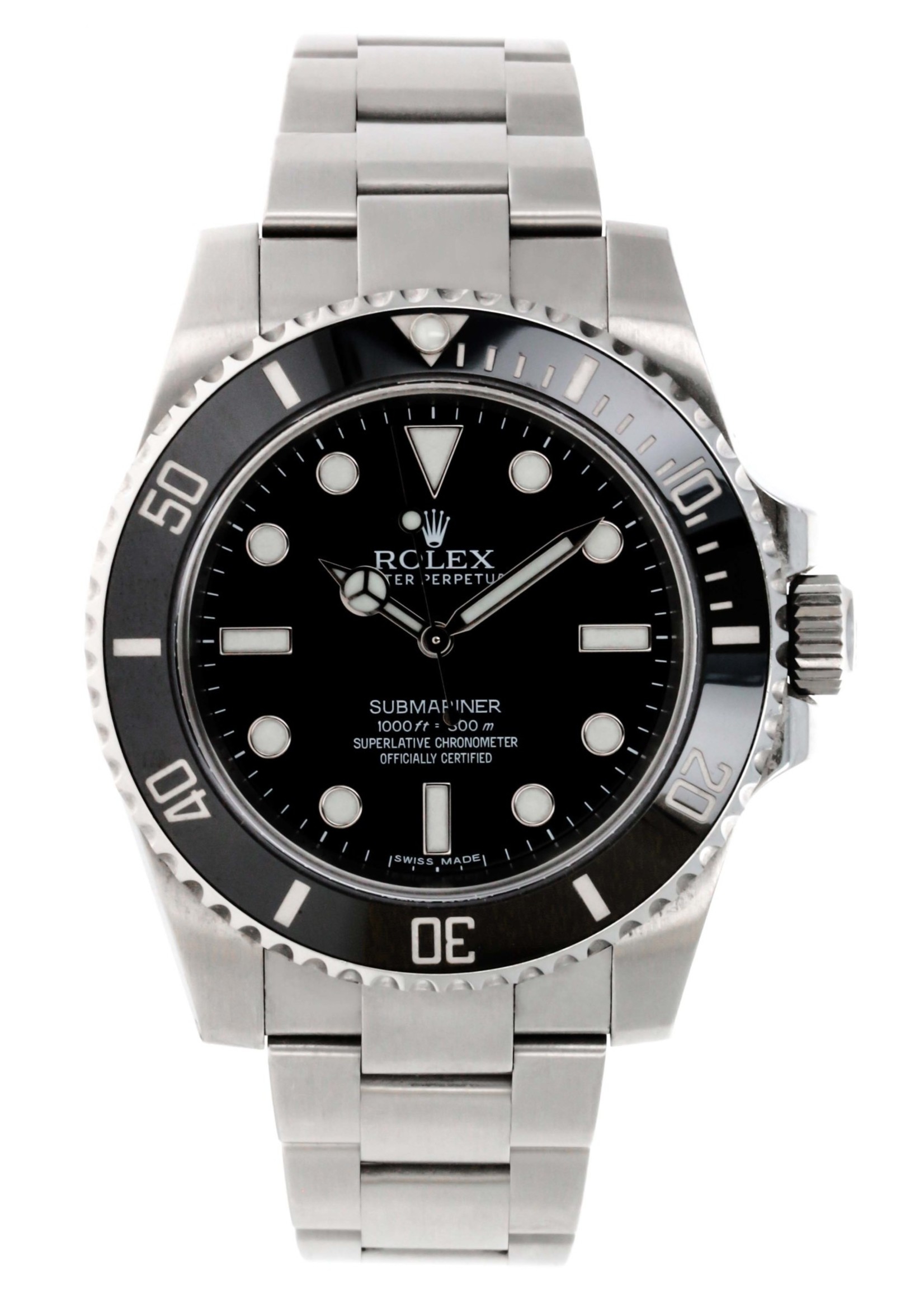 Let’s start by comparing the style and model of Rolex and Tudor. The fact of the matter is that Tudor and Rolex had a lot more similarities back then, compared to now.

Remember that the Tudor was made from Rolex parts, but fitted with off-the-shelf motion, and that means vintage Tudor watches are extremely similar in design to Rolex watches.

However, today, that has changed, as Tudor has increasingly gone in its own direction in an attempt to differentiate itself from Rolex.

Today, Tudor has its own designs, but seeing that Tudor gets a lot of inspiration from his legacy for many of his models, he still carries similar design elements and features that you can recognize from Rolex watches.

However, one thing that is very clear is that Tudor is a little Rolex guinea pig, which tests the market by daring to try new things and experiment with different designs. Rolex, on the other hand, is far more conservative and does not dare to risk its reputation and legacy by releasing bold new and bold models.

This is why Tudor's slogan is "Born to Dare".

A good thing about Rolex being able to use Tudor as a guinea pig is that they can test the market with Tudor. If something is well received, Rolex may be able to implement it in its further hours. 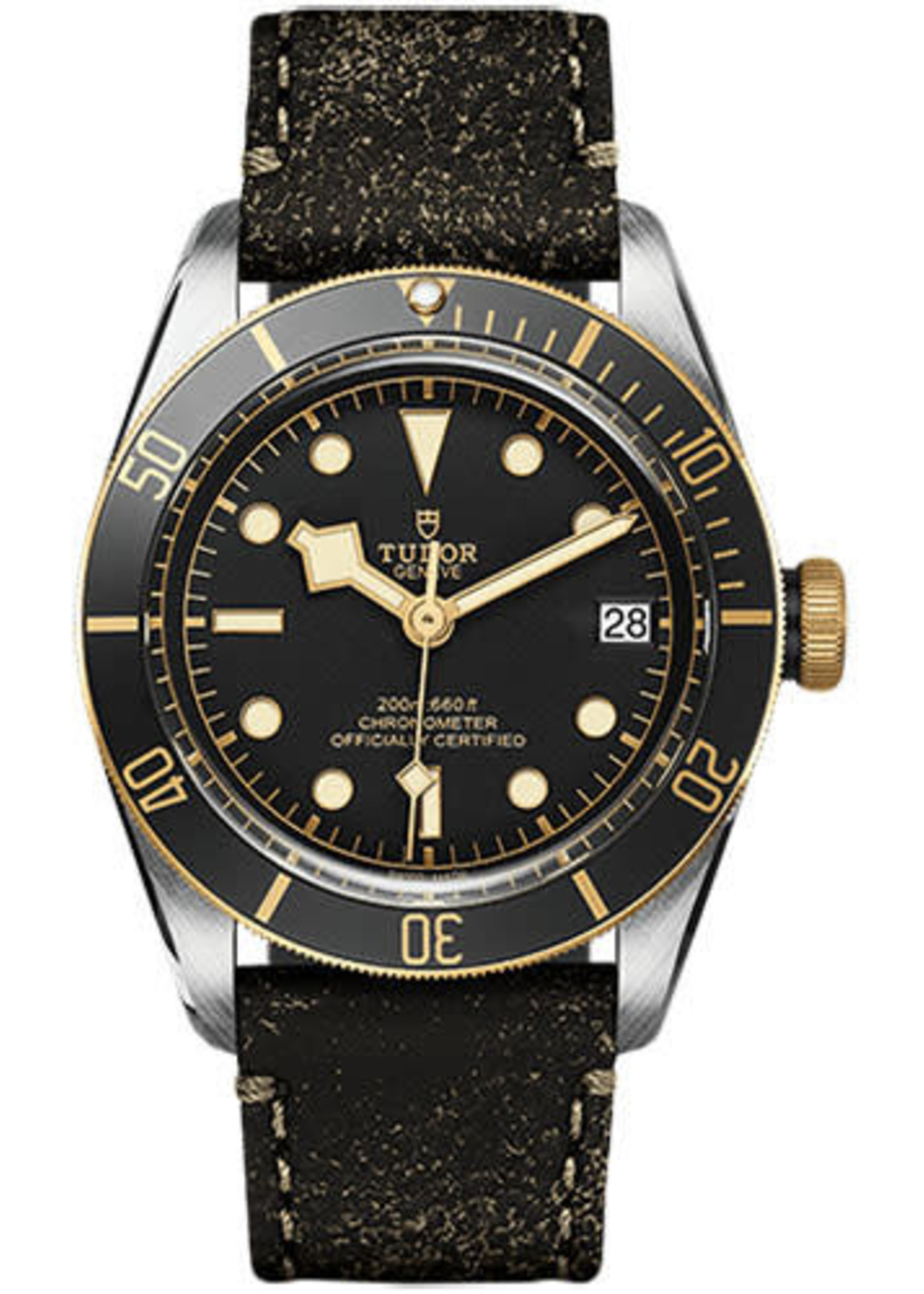 The reason why it's difficult to compare Rolex and Tudor is the fact that they have totally different prices. In fact, they go after two totally different markets. Rolex is meant to be luxury and the alternative of prestige, while Tudor aims to speak to a more entry-level audience

As such, you should not expect two timepieces to offer the same quality of finish.

Some might say that the goal with Tudor is to catch customers in the Wilsdorf network, and when they are ready to grow out of Tudor, then naturally they will watch Rolex.

There are some main reasons why Rolex is much more expensive than Tudor. First, Tudor has always been intended to be a budget / affordable brand to Rolex. While, in general, Tudor watches are not affordable, considering what they offer, compared to their competitors, Tudor watches offer great value for money. For luxury items, prices tend in part to rise only to enhance their sense of luxury, and this is one way in which Rolex focuses more. Tudor, however, focuses on providing high-quality watches with a high finish that is higher than its competitors at the same price point.

Tudor and Rolex use similar materials for their watches (for obvious reasons), however, since Rolex watches are significantly more expensive, Rolex uses more superior materials.

For starters, Rolex uses 904L stainless steel compared to Tudor which uses standard 316L stainless steel. Moreover, when it comes to Tudor gold and steel watches (Tudor does not yet make full gold watches), many of the parts of these watches that appear to be made of gold are not made of full gold.

Instead, they are coated with gold (with a thick layer of gold). On the other hand, Rolex only makes gold elements into solid gold. The obvious reason for this is that if Tudor had made elements such as bracelets in solid gold, the watches would have cost so much that they would have been priced higher than most of his target audience is willing to pay for a Tudor watch.

Moreover, when it comes to materials, Tudor mainly refers to standard materials. Rolex, however, develops its own materials. In fact, Rolex even has its own factory. For example, for the red gold that Rolex uses, they have developed their own Everest gold. Seeing that Tudor does not make any solid gold watch, it just does not make sense for Tudor to develop his own alloys.

As mentioned earlier, Tudor experiments much more than Rolex. It also means that Tudor is experimenting with new materials for his watches, while Rolex sticks to what has been tried and true. For example, Tudor has produced a number of PVD watches, uses a lot of fabric scraps and has released watches in titanium and bronze. This is something few people would ever expect from a Rolex. 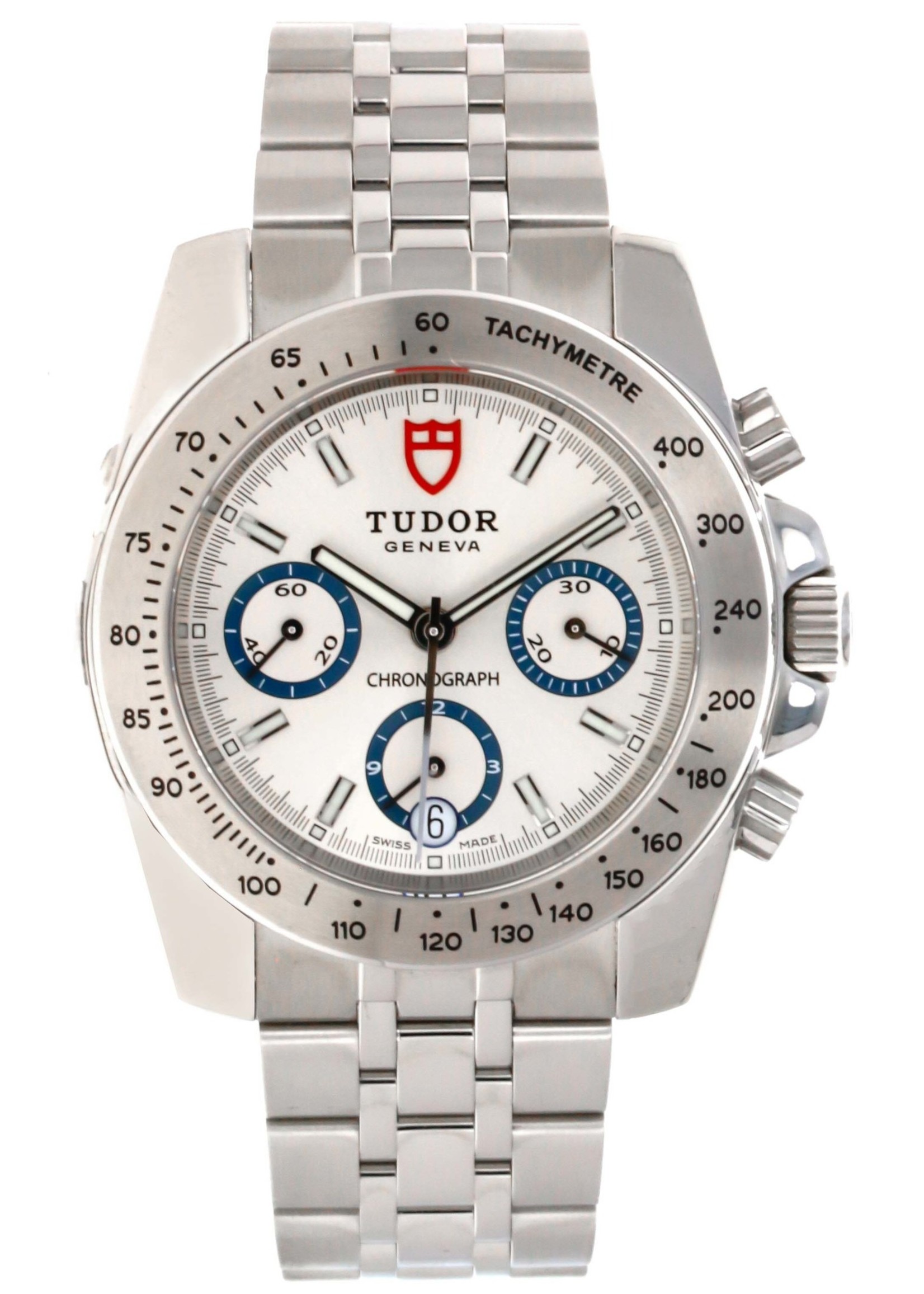 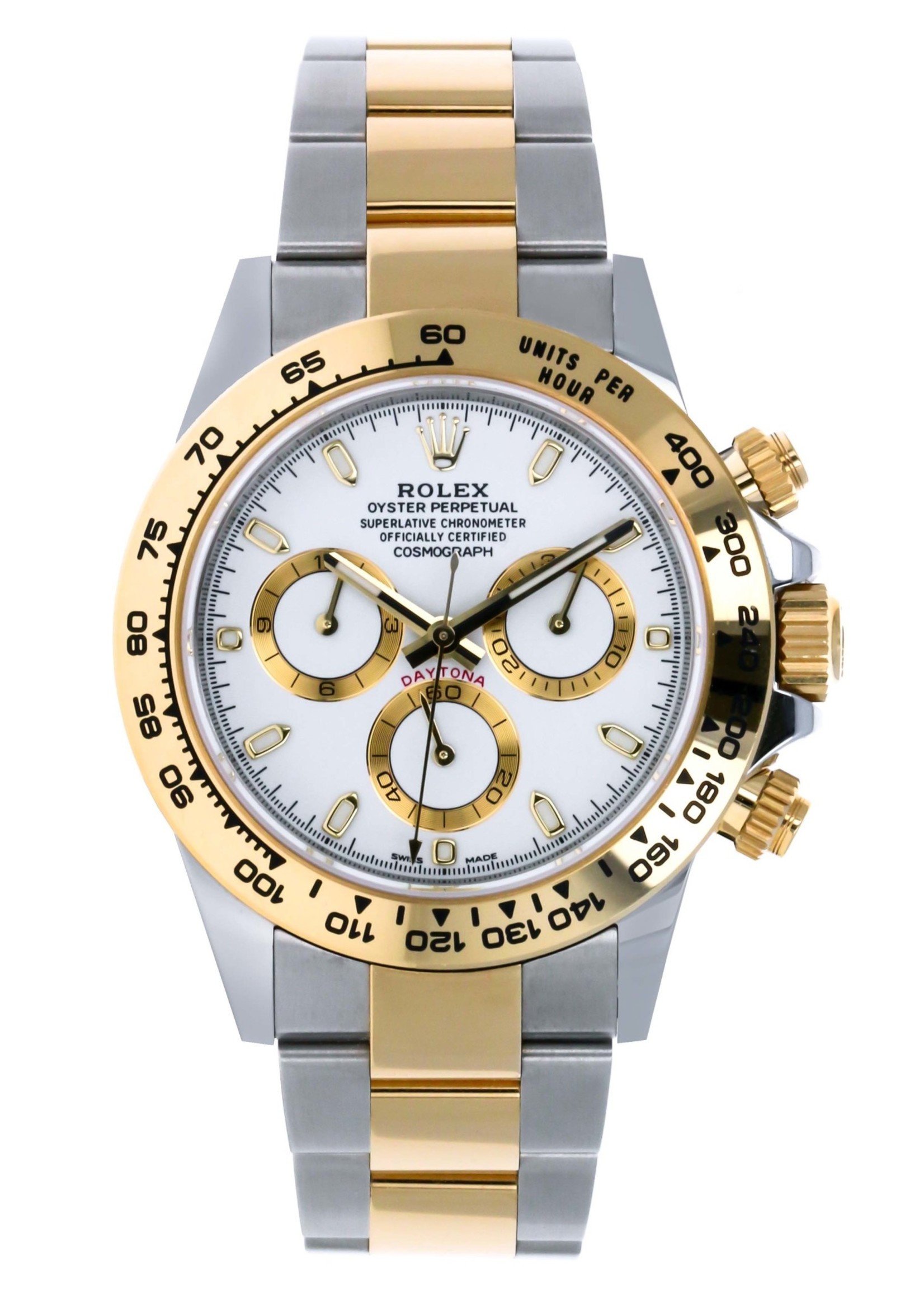 Previously, the way Tudor and Rolex differentiated was: Tudor uses ETA movements but Rolex uses only movements inside the house.

However, that description is no longer entirely true, which has made their description a little more complicated.

Today, Tudor has released a number of in-house moves, which they use on a large portion of their watch ranges. And this is also the direction Tudor is heading, as they release more and more internal calibres. Of course, the good news is that Tudor is backed by Rolex's expertise and knowledge when it comes to developing internal movements, which gives them an edge over its competitors. After all, most manufacturers in the same price range as Tudor do not use internal calibres. The fact that Tudor offers in-house mobility in many of its watches with the price point they make, makes Tudor watches great value for money.

Rolex, as mentioned, uses only motion inside the house and has done so for a long time. At the Rolex price point, this is what you expect.

However, Tudor still uses off-the-shelf moves for many of its hours, and that takes away a bit from the high-value proposition and prestige of developing and using your moves. At the same time, using outsourced movements is not necessarily a bad thing, as they are proven and true, reliable and can be serviced by many watchmakers.

Tudor VS Rolex - which is the best?

There are several ways to answer this question. The most obvious answer is that Rolex watches have a much higher quality and finish than Tudor watches. However, if you factorize the price into the equation, it becomes a whole different story and the answer quite suddenly does not become so obvious.

Both Tudor and Rolex produce excellent watches and have many decades of watchmaking expertise. But comparing the two brands is not entirely fair, as they focus on completely different target audiences.

One thing is for sure: Tudor watches equipped with the internal movement offer great value for money. In a way, Tudor has become what Rolex was many decades ago: a watchmaker who makes strong, sporty watches that are not meant to be great symbols or status. They are simply meant to be good-looking, reliable, well-finished and powerful watches.

On the other hand, Rolex watches are a little different from what they used to be: sporty and industrialized watches, in the most luxurious and elegant.